Little late this week, trying to get used to blog, it's kind of difficult sometimes, we put a Timelapse video on how we test DOMINO RISING, nothing special, we just play the game and the pieces that doesn't play in the way that it's supposed to play or don't play at all, we write them down and check the code to fix them later, that's why you will see parts in the Timelapse video where nobody it's playing that's because we were busy writing the broken pieces down, in a piece of paper just like this: 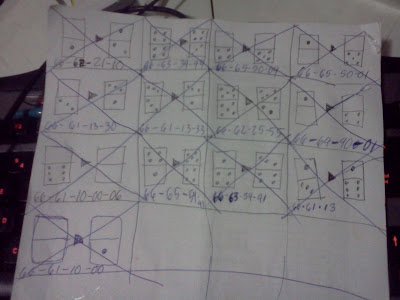 Interesting, now that you know what's going on, I will show you the Timelapse video, I hope you like it, remember DOMINO RISING it's not even in ALPHA and everything you are going to see it's not final, enjoy:

This week was full of broken pieces, and we where glad we always find them, the last thing we want it's a broken game, which it's really plaguing the Gaming Community, day a day hundreds of game go through various outlets in an broken state and that it's devastating the image of Gaming in general, well the following image it's a list of pieces we fixed this past week: