December 19, 2015
Hello, we are still here, working hard in DOMINO RISING, making progress, these last days, I can't say last week I am late for Two Weeks in this blog and I beg you all for Forgiveness, if this continue happening, I believe I am going to change the title from DOMINO RISING WEEKLY UPDATE to just DOMINO RISING UPDATE and I hope not, I really liking to write about the game every week, BUT, my work in the Warehouse, I already talk about that in a post before this and I am not going to repeat myself, it's very demanding forcing me to take time away from DOMINO RISING stuff. In the other hand, we fixed a bunch of stuff that were implemented early on in DOMINO RISING and I don't know for some reason after implementing new stuff they became unstable and begin to glitch and do all kind of crazy tings. but don't worry they are fixed already, details are in the following list.

1- Fixed Turns Control System: we called "Turns Control System" internally and it's an automatic system inside the game that controls the Turns of the Users taking in account who it's the owner of the Double Six Piece, in other words you get to play first if you grab the Double Six piece in the beginning of the Match. the others turns are calculated automatically depending their position in the table. 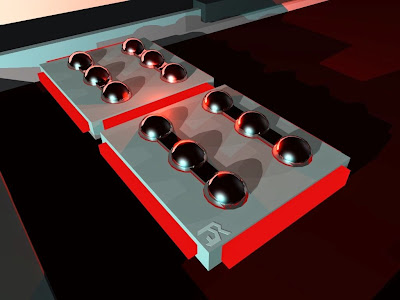 2- Fixed End Match Status Display: Probably a big Offense to the English Grammar in this one, but the End Match Status Display or EMSD :), just joking it's the ability of the game to display who is the winner or who it's the loser at the end of the Match, when implemented the first time, it give us the IDEA that it's working properly but was not, it was a random mess, sometimes you win and loose at the same time or you loose and win at the same time and that was annoying, we said no more and fixed it, now if you win you win and if you lose you lose no more tricks.

PIECES OF THE PAST TWO WEEKS

Despite knowing we are a couple of weeks behind, and we are supposed to show more fixed pieces of the week we are going to show you just the normal amount, because we just fixed that amount of pieces this last two weeks, remember: the time wasted was working in my Day job (Warehouse), winter time it's coming and people buy more food and stuff and my boss just told me "you are going to leave late everyday" plain and simple and I really can't quit my Day Job, that could mean the close of DOMINO RISING and thanks to that Day Job I can sit down in my house to make this game a reality, ok lets finish the drama and show the Pieces of the Week in the picture below: