Hello, it's me again,  with another weekly update, and I will take the opportunity to say that DOMINO RISING it's still in development, still in prototype phase, so we are doing things without putting so much emphasis in quality, we just setting up the foundations, testing things to see if they work properly.

Although DOMINO RISING is still in development, the content we created until now it's playable, you can see it in videos published in past devlogs post, it don't work 100% in the way we want, and it has some bugs, but yes 4 people can play a match online without much effort.

No, it's not final, Anything in DOMINO RISING it's final and it's subject to change without notice. it's doesn't matter how good it's DOMINO RISING of some parts of it, if enough players complain about, we will change it, in that way DOMINO RISING slowly will be adapting to players expectations, of course it's need to keep the margin we set for DOMINO RISING in order to the change to be introduced to the game.

Render of the Week.
Last time we show a picture from MUNECA and this time we are showing SOFIA, she is a DOMINO MASTER, we are showing this once again so we can confirm we are in the same page with the look of the characters until now, we will post any change in the future. 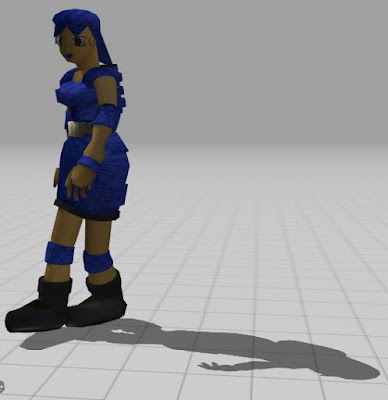