When Quake Champions was announced back in 2016. I said to myself “I will play this game all the time and every time. It was like that until, I noticed how slow the developers where creating this game. It’s the year 2021 and the game still in Early Access. Quake Champions it’s free and you can download it from the Steam Store and the Bethesda Launcher, which I believe the latter gives you something extra.

No Problem at all with the time, the Developers often take to create a game. I always agree when Developers take time to polish and add new free content to the game, which it’s kind of the case with Quake Champions. This game has been suffering from the same Maps and the same Champions from many years and there it’s little news about new content for the game, EXILE map somebody? yeaah something frosty was added. Don’t get me wrong, the actual game it’s pretty good. You still have the fast pace, twitch action, better aim or get frag which has been the staple of the Quake Franchise since it’s conception. Maps are beautiful and the Characters are legendary awesome. The Strategy for Quake Champions seems to be pretty unique, to me it’s all about having fun with the existing Quake Community rather than bringing new players to the game. The Numbers of players on steam for Quake Champions are not the best of the market but you are guaranteed to find some decent matches. Take in account we don’t show the number of players using the Bethesda Launcher. Current Players are brutal and don’t expect to be lucky. It’s not rare to go match after match without a kill, at the moment it’s part of the game. 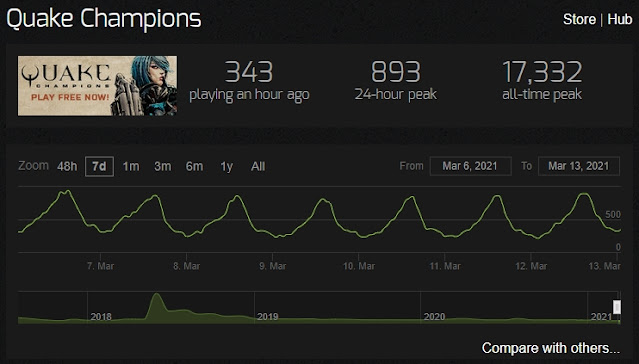 Tournaments all the time. Pictures and schedules about the tournaments are the things you will found about the game. There it’s not denial that tournaments seems to be the focus for Quake Champions. Those matches are pure fire. Quake Champions Pro-Players are impressive to watch, some of them having their own streaming channels, which they use to connect personally with the community, which it’s a pretty good thing. 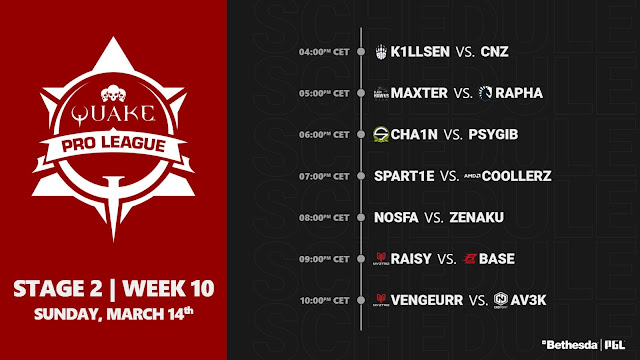 Quake Champions has abilities, which are nothing new on quake games. In previous titles they come in the form of pickups that automatically makes you stronger or regenerate your health. In Quake Champions those abilities are different and unique depending on the characters. You can execute them from time to time through the match. Every Ability has a cool down to prevent spamming and you need to manage them well to be effective on the Arena. 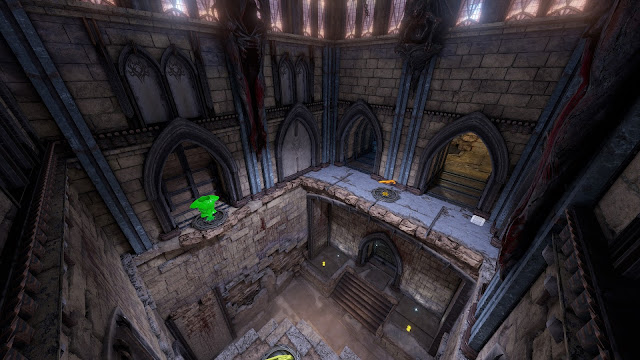 Pickups are still in the game, like armor, health, quake damage, time for the Abilities to cooldown, the more time you pick, the less time you will have to wait for the abilities to be active. Pretty solid system that has been working just fine in Arena Shooters for decades. Once you know the location of those pickups through out the map, you can gain some dominance in battle. 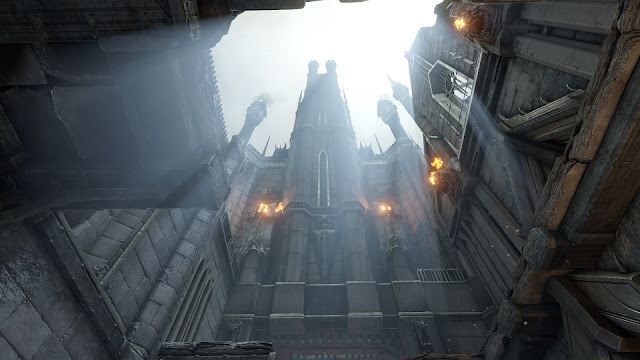 The More you play the more fun it gets. Quake Champions it’s all about learning the maps, the locations of the pickups, weapons, health, armor, time and quake damage. The minute you start understanding all of that you will be playing non stop and without mercy. Quake Champions has a learning curve, it require times to learn and to design your own strategies. Which could be a problem for many people, that just want to have fun. There it’s no instant gratification in this game, it’s still an old school arena shooter, which was a type of game pretty popular on the past and that’s part of the struggle, to create a bigger community.

I just touched the surface about Quake Champions, this game it’s pack with tricks like rocket jumping and speed boost, which in not doubt will improve your skills. Highly recommended to watch some videos about it, part of why existing Quake Champions Player are so hard to beat, it’s they know and do all of that for years.