March 20, 2016
Drone Concept.
For a couple of week we where playing with the DRONE Concept, in which a Drone follows the player and carry a screen which it's the interface to connect and play against others players in the game, it's a way to explain how people inside DOMINO RISING are going to be able to make domino matches on the fly without the need of using chairs and tables to play, Drones can be used to comunícate with other people and check the content of your inventory. In the future Domino Drones can be made in various styles and sizes. 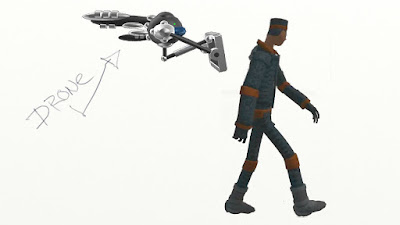 Jose and his drone.

With the Drone Concept we hope to explain some situations players are going to be involved in DOMINO RISING, this it's no the final concept of the Drone, we are going to be changing things around until we get happy with the concept. 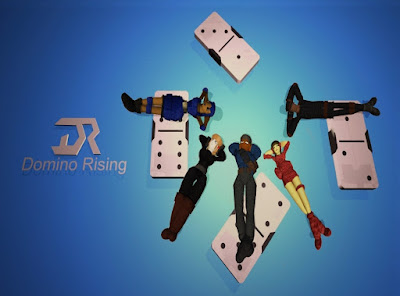